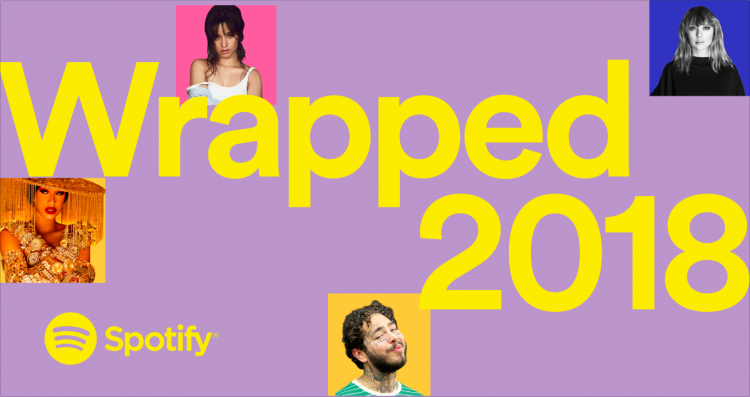 2018 is no different. One of our favorite things to do is to look back on all the songs we’ve listened to the most this year in order to perhaps paint a picture on what our year was like. So honestly, how many times did you listen to “thank u, next” this year?

On December 6, you can see your personal favorites and top-streamed tracks via the Wrapped microsite all in one playlist. Receive a playlist based on your tastes which Wrapped compiles for you, allowing you to rediscover and share the music that formed your personal soundtrack in 2018.

Before you get to your personal #2018Wrapped playlist, here are some fun #streamingstats we can look back on and maybe use to impress random people we meet on a night out:

Ariana Grande’s 48 million-plus monthly listeners raised her to the position of Spotify’s most-streamed female artist, followed by fellow queens Dua Lipa, Cardi B, Taylor Swift and Camila Cabello to round out the Top 5 Most Streamed Females in the world, respectively.

Hip-hop continued to dominate Spotify’s charts in 2018, but last year’s surge in Latin music continued its incredible growth, probably thanks to the popularity of songs like ‘Despacito’ and this year’s powerhouse single, ‘Taki-Taki’. Apart from that, EMO Rap and Lo-Fi Beats were two genres that grew the most in 2018–we don’t know what the rise of EMO Rap means exactly but we’re sure it’s not as sad as it sounds.