Monsters, ghosts, and entities in hiding come out and scare people in the comforts of their homes this Halloween. They might even be lurking on the streets. To cope—and sometimes celebrate the presence of the supernatural, make-believe horror movies are watched by many as a form of entertainment and escapism. But what if these films are closer to reality than we think? Would we still have the guts to watch them? 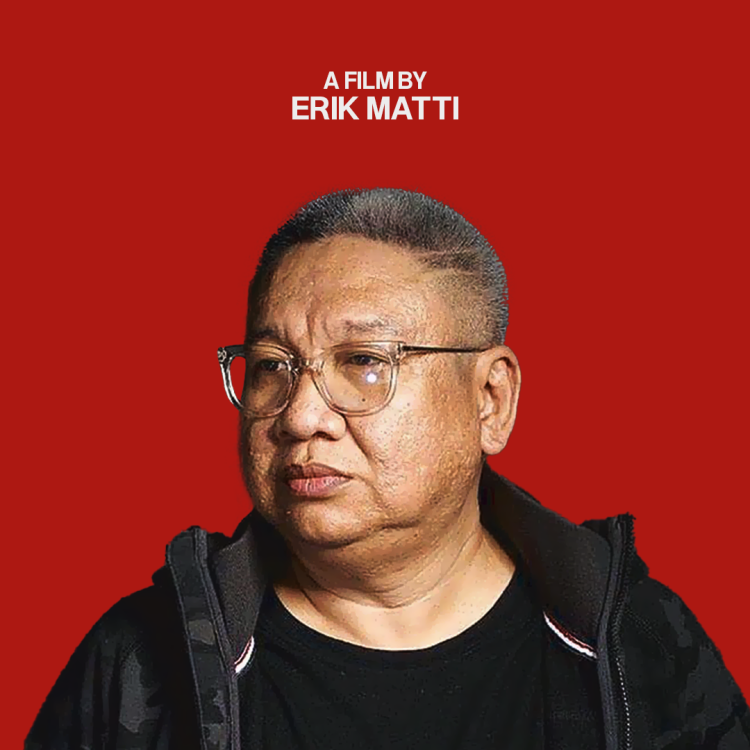 Director Erik Matti never fails to deliver spine-chilling horror films grounded on Filipino consciousness. Every movie of his has a different style of storytelling; each narrative is a social commentary on grave problems in Philippine society with a strong touch of Filipino culture.

Collaborating with his team, including Michiko Yamamoto as a writer in a lot of his works, Erik Matti’s vision, direction, and stories come hauntingly beautiful to the screen. From the subtle foreshadowing of events, terrifyingly simple but perfect Philippine horror elements, and the commendable roundness of characters—Erik Matti’s mastery of his craft stands out from the rest.

He was also awarded Best Director by FAMAS (Filipino Academy of Movie Arts and Sciences Awards) for his film, “On The Job”—qualifying him to be recognized as a national artist. And one day, he deserves to be because Erik Matti is undeniably the standard for aspiring directors in thriller, horror, crime, and drama of Philippine cinema.

Here are 5 movies from Direk Erik Matti worth watching.

This film by Erik Matti is not the typical jump scare seen in cinemas. But it is the type of horror that leaves the audience with the realization that no matter how people present themselves, more often than not, they are never who they say they are. And that a person’s vulnerability can easily be used against them to test how pure (or evil) their intentions might be.

Set in 1947, Seklusyon starts with a rustic feel while establishing the scene of the film as a commentary on traditional Catholicism and worship practices back in the 40s. The plot revolves around four deacons spending their last 7 days of training for priesthood in a secluded convent to be shielded from evil, for it is believed that these remaining days are when they are most vulnerable to malevolence. Here, they meet Anghela—a girl who is worshiped by the town because of her healing miracles.

Inside the convent, the audience would wonder what kinds of ghosts they would meet on the screen. But sitting through the whole movie, it’s not the ghosts they should be afraid of—but the people who these ghosts are haunting. And how far these deacons would go in order to be saved just to reach their ambitions.

Rent and own Seklusyon on Amazon Prime.

7 Days of Hell is in the 2nd Season of HBO Asia’s Folklore Series, a television horror anthology based on superstitions, myths, and folklore from different cultures and regions in Asia. One of which is based on Philippine mythology, as well as the practices of barang and kulam in the Philippines.

Many misconceptions arise in Filipino witchcraft and in 7 Days of Hell, they did mention the use of good (puti) and bad (itim) magick when Eugene, the son of cop Lourdes, mysteriously acquired a lethal illness with what seems like an unearthly phenomena. But this only adds to the horrid of the story.

At the beginning, although it depicted the simplicity of Filipinos’ lives in the provinces, it was also well-established how important the role of principles and beliefs are in the plot. In the movie, there are human activities that are unquestionably evil without a debate, but what about the people who are affected by these immoral actions?

How scary is it that humans—and even the spirits around—have this kind of duality of being both good and evil, black and white, pure and deceptive? Who can we really trust in protecting us? Who really gets to decide justice in our lives? And no matter how grounded we are with our principles, can desperation really make us betray what we used to believe in?

The visual direction also of Erik Matti gives more impact to this storyline in unexpected ways: the audio that heightens all of the viewers’ senses with eerie noise or silence, and even intense shots that may seem to last long in the audience’s minds—no matter how short it may be on the screen.

Watch and download 7 Days of Hell on HBO GO.

Kuwaresma, which was later changed to “The Entity”, is a film set in the 80s about a family haunted by the ghost of Manuela—the youngest daughter in the family and the twin of Luis. It started with a warm dreamy nostalgic scene in 1965 before transitioning to its gloomy cinematography in 1985. Looking closer, there is a lot to unpack from the mise-en-scène of the film: elements from Lent (Kuwaresma) practices, symbolisms about the social issue in the film, and foreshadowing of plot twists.

The pacing of the film may be a bit slow, but Erik Matti and his team definitely kept the interest of their audience in mind while making this movie, as well as sprinkling their own trademark styles in the scenes.

What the viewers might think is a typical horror movie with some jump scares and scary demons to frighten them is actually  a social commentary on one of the most heavy and scariest reality here in the country: the perpetration of generational patriarchism and chauvinism—evils that are used to silence women and children throughout the years.

Some critics and viewers might have contradicting opinions about this movie, but nevertheless, this is Erik Matti’s movie to watch if the audience wants to have their hearts skipping  beats.

“Bad Luck is a B*tch”, “HM?”, “Nothing Beats Meat”, and “Shi*t Happens” are all episodes that are part of the Rabid anthology film. The plights of different people amidst the pandemic were brought and woven together into one online movie on Netflix. The scenes from every story may be intensely disturbing and twisted, but it does accurately (and spine-chillingly) represent the anxieties, uncertainties, insanities, and paranoia evident in the pandemic.

“Bad Luck is a B*tch” is about an upper middle class family taking in a deaf-mute woman on the streets, who turns out to be not who they think she is. And in some ways, this woman can even be reminiscent of wakwak and tiktik, vampires in Philippine folklore that resemble large birds and suck the blood from their victims. But instead, this woman hypnotizes them and sucks dry their resources.

“HM?” is about the increase in unemployment during the pandemic and a single mother who delved into her new hobby of cooking. Although it does remind us of the delicious kare-kare from Filipino cuisine, it highlights the extent humans have to go through out of desperation during the global unfortunate event. On the other hand, “Nothing Beats Meat” is kind of a horror-romance story in black and white about a husband unzombifying his wife. It’s also a good break from the intense scenes from the 2 segments before it.

And the final episode in the anthology is “Shi*t Happens” stirs up mixed emotions and reactions to the viewers: fear, disgust, confusion, a bit of laughter—all at the same time, which is not necessarily bad since the take on this movie is gearing towards being black comedy. Although it’s not entirely evident, this film also shows how it is as a nurse or patient in a hospital during the pandemic.

A silent horror short about a demon disguised as the Virgin Mary, Vesuvius is Erik Matti’s creation that inspired the making of his other film in 2016, Seklusyon. This short might not be the film to make the audience scream out of fright, but it is the film that would creep viewers out and instill paranoia in them.

The challenge for Erik Matti here is to haunt the audience with only minimal sounds—no dialogue at all—and shots that would make anyone freeze in their seats. This short was featured at The YOMYOMF NETWORK’s “SILENT TERROR” anthology.

It eerily starts with a listless man, filled with what seems like a painful yearning to be separated from the life he currently has, silently stewing about what the desires he couldn’t acquire. And then an apparition of the Virgin Mary appears one night in front of him—unnervingly and hauntingly beautiful yet fills the atmosphere with an icy aura—whispers in his ear and convinces him to act on what he thinks are instructions from a holy entity.

The fact that anyone could deceive and manipulate a vulnerable person—including ourselves—into doing evil is terrifying. But it is more terrifying that there are people out there who already have vile intentions and desires, that all they need is someone validating and enabling them to act upon these immoral acts.

Support local films by watching it on official streaming platforms and prepare to bask in horror realities, amazingly written stories, and the artistry of film this Halloween.